So, like most other people, we’re basically in isolation. Since I have two very demanding kids and two equally demanding nieces, I pretty much stay busy all the time anyway. Still, when the kids are asleep or even when they’re busy with undisclosed mischief, I have started playing around with my Second Life avatars. Somehow, I always find visiting the 3D world very relaxing.

I’ve been shopping for new outfits and hair. Well, my main avatar got to keep her hair, but the other two were upgraded to a more modern and mature look. Incidentally, I think they’ve both become more like me which is fun. Like me but cooler, obviously.

There’s something about walking around all those fascinating regions that’s very relaxing too, just like shopping.

A few words about the shopping… Old accounts get a bit of pocket money. I’ve decided never to use real money. My sister has, on occasion, because she had an active social life and at least three close friends to spend time with. My only friend has disappeared. I’m not sure what happened. He’s very ambitious and hard working in real life so I imagine he decided that he couldn’t justify hanging around online just for fun.

I think I’ll start exploring again. Lately, I’ve found two Irish-themed regions and a couple of others that seem nice. Maybe I’ll also go to some concerts again. Sometimes there’s classical music. A few regions specialize in 80’s music. There should be something that I could enjoy.

This site uses Akismet to reduce spam. Learn how your comment data is processed. 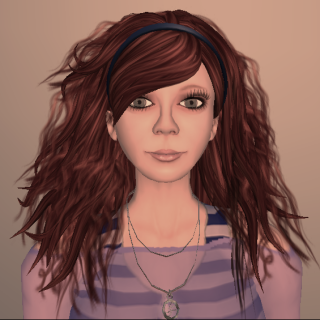